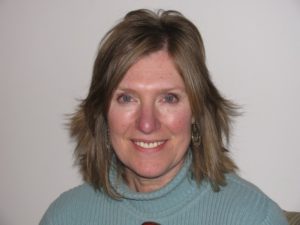 My background has been one that from my earliest years has been close to the earth. My mother grew up on a farm and my father’s father planted a large garden in the empty lot next to our house.  Before there was a “natural foods movement,” my father encouraged the used of fresh vegetables by saying “there could be something in these vegetables that prevent diseases.” His words sounded very logical to me and 20 years later there would be studies to attest to this fact. In this century, it is hard to avoid this information. My uncle was horticulturist at a local university.  The walls of his house were lined with botanical prints and he would, not infrequently, appear at our house with bags of apples, peaches, strawberries or some other fruit. As a child, I saw where the meat, poultry and eggs came from on my grandparents’ farm.  There was an abundant supply of fresh vegetables and my grandfather delivered the surplus to us.  Since this is my foundation, I believe that is why I am drawn to these foods, unprocessed and unadulterated. From experience I know that when I eat more processed food and foods lacking in nutrients, I can soon feel the disharmony in my body.

While at college I studied nutrition, and it was easy for me, as I already believed that the perfect fuel for the body consists of nutrients contained in naturally occurring foods. I continued to study nutrition, clinical nutrition, dietary therapy and nutritional supplementation after college during the early days of the natural foods movement.   Eventually, I was introduced to homeopathy and I was drawn to it as, again, it was something which was in harmony with my thinking because my mother is a nurse practitioner, who believes in and practices natural healing.  At the time, I was struggling with my own issues of post nasal drip, frequent colds and  sore throats.  I had been using  nasal drops (neo synephrine) and noticed that I had to purchase this product repeatedly.  An article came to my attention that explained to me the rebound effect of nasal drops and sprays being that although the stuffiness is quickly relieved there is a rebound effect that causes the nasal passages to swell and produces a clogged feeling once again.  Since I did not want to use this product indefinitely, I was on the lookout for an alternative.

Not too long after I came across an article written about the beneficial effects of fever in the body:  raising the body’s temperature to a level  beyond which disease causing microbes can reproduce and spurring the body’s immune system to produce more disease fighting blood cells.  Since I had been using aspirin and other fever lowering medications, I decided to examine homeopathy as a more harmonious method of health care.  That was in 1988.  Since then I have completed a diploma course with The British Institute of Homeopathy under the direction of Trevor M. Cook, completed the Professional and Clinical Programs of the Teleosis School of Homeopathy under the direction of Joel Kreisberg, DC, CCH, studied with Dr. A.U. Ramakrishnan, Dr. Farokh Master, Dr. Divya Chhabra, and Drs. Bhawisha and Shachindra Joshi.  I have studied the work of Tinus Smits, M.D. with Kim Kalina, CCH; and the Sensation Method of Rajan Sankaran, M.D. with Melissa Burch, CCH.  I belong to a homeopathy study group for advanced practitioners run by Joanna Daly, CCH.

Homeopathy is good for: